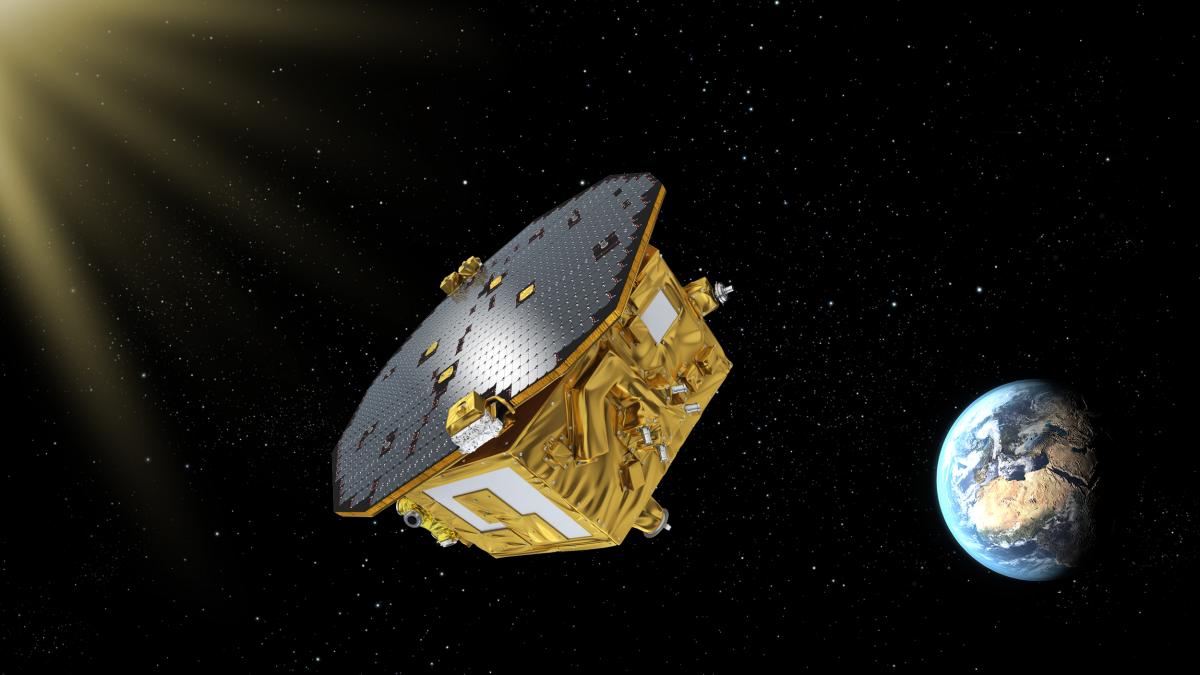 LISA Pathfinder has been switched off as planned on the evening of 18thof July, ending its successful mission which surpassed all expectations

After 16 months of science measurements an international team deactivated the LISA Pathfinder satellite on the evening of the 18th of July 2017. The gravitational-wave laboratory in space powered down after receiving the last commands in the evening and circles the Sun on a safe parking orbit. LISA Pathfinder has tested key technologies for LISA, the future gravitational-wave observatory in space, and has demonstrated their operative readiness. LISA is scheduled to launch into space in 2034 as an ESA mission and will “listen” to the entire Universe by measuring low-frequency gravitational waves.

“When we were in contact with LISA Pathfinder yesterday evening for the last time and said good-bye to the satellite, it was a unique and emotional moment,” says Prof. Karsten Danzmann, director at the Max Planck Institute for Gravitational Physics, director of the Institute for Gravitational Physics at Leibniz Universität Hannover, and LISA Pathfinder mission Co-PI. “After years of planning and the launch of the satellite in December 2015 we have been spending many days and nights since early 2016 paving the way for the future of gravitational-wave astronomy with LISA Pathfinder.”

With its measurements – that surpassed the expectations of all scientists involved – LISA Pathfinder has shown that the required technology for the LISA mission is already working optimally. Now the international research team is working at full speed headed by Hannover scientists to realize the largest gravitational-wave observatory ever built.

The future of gravitational-wave astronomy with LISA

LISA is scheduled to be launched into space in 2034 as mission of the European Space Agency (ESA). US scientists are currently evaluating how NASA could participate in the mission. LISA will consist of three satellites spanning an equilateral triangle with each side 2.5 million kilometers long. Gravitational waves passing through the formation flight in space change these distances by a trillionth of a meter.

LISA will measure low-frequency gravitational waves. These are emitted by events such as supermassive black holes with millions or billions times the mass of our Sun merging at the centers of galaxies, millions of binary stars in our Galaxy, or exotic sources such as cosmic strings.

“After the end of the Pathfinder mission we can continue or work on LISA with plenty of enthusiasm. With LISA we will listen to mergers of supermassive black holes from the entire Universe and measure their properties,” says Danzmann. “With this we will complement detections of earthbound instruments such as GEO600, LIGO, and Virgo and add to our incomplete picture of the dark side of the Universe.”

Dear satellite, you go so quietly…

The on-board systems of LISA pathfinder powered down after receiving the signals from the European Space Operations Centre (ESOC) on the 18th of July 2017 shortly after 20:00 CEST. With this radio silence by the satellite began which no longer sends or receives any signals. Most units of the space laboratory have also been switched off. Already in April an orbit correction maneuver nudged the satellite into a safe parking orbit that will keep it away from the Earth for more than 100 years.