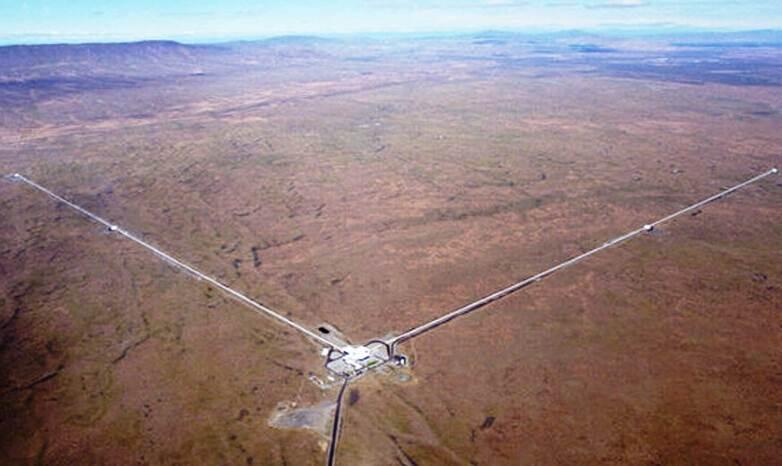 On Wednesday, 30 November, 2016, the Advanced LIGO (aLIGO) detectors in the USA and GEO600 near Hannover, Germany, officially began their second observation run “O2”. The aLIGO sensitivity is increased compared to the first observation run (O1) during which gravitational waves from two colliding black hole pairs were observed. Researchers of the LIGO Scientific Collaboration at the Max Planck Institute for Gravitational Physics (Albert Einstein Institute; AEI) in Hannover and Potsdam have continued to improve the data-analysis tools, the source modeling, and the detector technology. They are leading partners in the international gravitational physics community and expect further signals to be detected in O2.

“We have used the past months to prepare ourselves very well for the next aLIGO observation run. We have improved our waveform models, sped up our search methods, increased our computing power, and have made our own gravitational-wave detector more sensitive. In other words: We are ready for nature to surprise us again!” say Bruce Allen, Alessandra Buonnano, and Karsten Danzmann, directors at the AEI in Hannover and Potsdam.

The aLIGO detectors transitioned into O2 from engineering runs that took place in the last few weeks. These were used to fine-tune the instruments and the data taking processes into a more sensitive state than ever before. The aLIGO detectors will be able to detect signals from about 20% further away, which translates into a roughly 75% larger rate of detections. O2 will last six months until May 2017 in two separate halves, and could lead to the discovery of up to half a dozen signals of binary black hole mergers, as well as other gravitational-wave signals. Advanced Virgo will join the detector network in the second half of O2.

Observations and technology development at GEO600

The GEO600 gravitational-wave detector near Hannover will take part in O2 together with the Advanced LIGO detectors and (in the second half) with Advanced Virgo. Many important detector technologies have been developed and tested at GEO600, which are now in use in both LIGO instruments and enable their unprecedented sensitivity. This includes high-power laser systems at the heart of the detectors and the monolithic mirror suspensions used for seismic isolation. The British-German instrument GEO600 is currently the only detector worldwide that observes continuously and at all times applies squeezed-light technology to successfully improve its sensitivity at the upper end of the gravitational-wave spectrum. One of the main tasks at GEO600 during the next months is further development of improved squeezing methods for future detector generations through, e.g., the reduction of optical losses.

Searching for the next gravitational wave

At the AEI Hannover, a large and diverse team of data analysts will perform searches for different gravitational-wave signals: real-time searches for merging black holes and/or neutron stars, and for bursts of gravitational waves from, e.g., supernova explosions. These are followed up by more complex in-depth analyses. The searches will be performed on the “Atlas” at the AEI in Hannover, which is the largest supercomputer in the world for gravitational-wave data analysis, providing more than 40% of the LIGO Scientific Collaboration’s computing power. Recently, Atlas has been upgraded with ten thousand new CPU cores, roughly doubling its computing power. Other AEI researchers operate the volunteer computing project Einstein@Home which searches for gravitational waves from rapidly rotating neutron stars. It will analyze the O2 data soon after the end of the observation run.

Researchers at the AEI in Potsdam have improved the capabilities of aLIGO detectors to observe and estimate parameters of gravitational-wave sources ahead of O2. For the search of binary black hole mergers, they have refined their waveform models using a synergy between numerical and analytical solutions of Einstein’s equations of general relativity. They calibrated approximate analytical solutions (which can be computed almost instantly) with precise numerical solutions (which take very long even on powerful computers). This allows the AEI researchers to use the available computing power more effectively and to search more quickly and discover more potential signals from merging black holes in O2, and to determine the nature of their sources. AEI researchers also have prepared simulations of merging neutron star and boson star binaries. These can be simultaneously observed in electromagnetic and gravitational radiation, and can provide new precise tests of Einstein’s theory of general relativity.