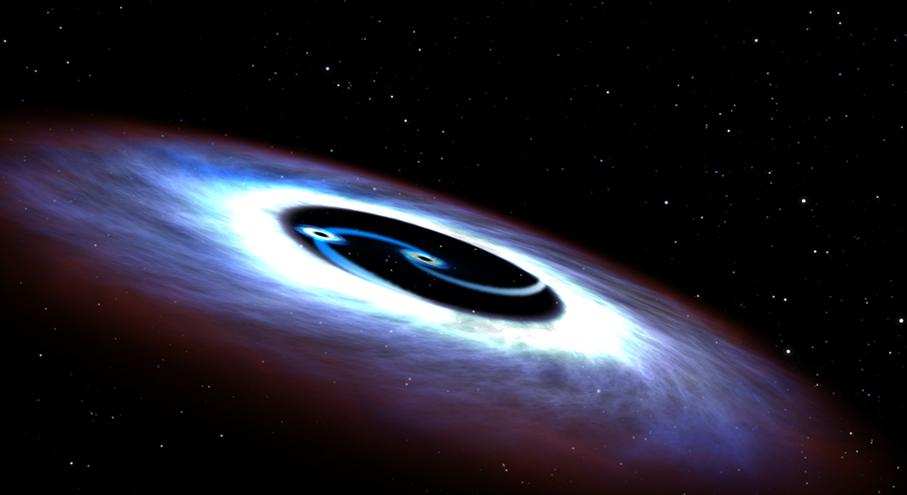 New Hubble find suggests that LISA will be able to directly observe many quasars. This will help us understand how the structure of our universe is formed.

Hubble: Nearest Quasar Is Powered by a Double Black Hole

"This evidence strongly suggests that the numbers of supermassive black hole mergers will be at least as large as astronomers have been estimating, and when LISA observes them it may be investigating the 'engine' of many if not all quasars," says Bernard Schutz, emeritus director at the Albert Einstein Institute.

Astronomers using NASA's Hubble Space Telescope have found that Markarian 231 (Mrk 231), the nearest galaxy to Earth that hosts a quasar, is powered by two central black holes furiously whirling about each other.

The finding suggests that quasars — the brilliant cores of active galaxies — may commonly host two central supermassive black holes that fall into orbit about one another as a result of the merger between two galaxies. Like a pair of whirling skaters, the black-hole duo generates tremendous amounts of energy that makes the core of the host galaxy outshine the glow of the galaxy's population of billions of stars, which scientists then identify as quasars.