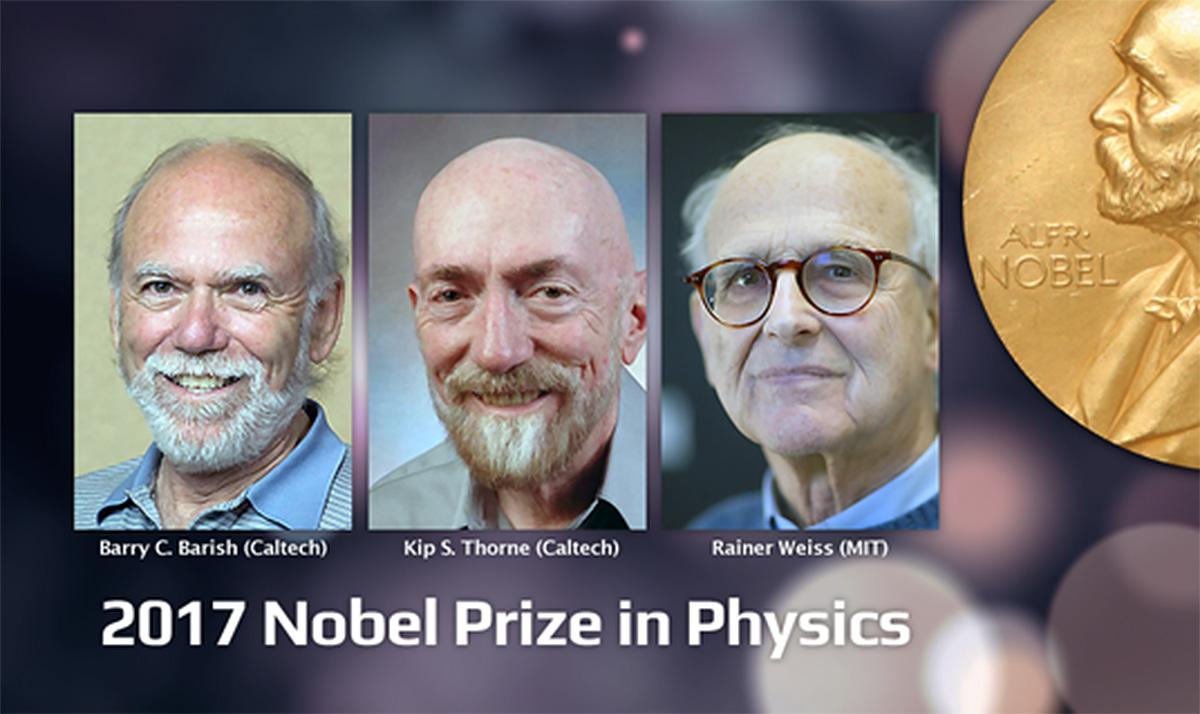 Rainer Weiss, Kip S. Thorne and Barry C. Barish of the LIGO/VIRGO Collaboration receive the Nobel Prize in Physics 2017 "for decisive contributions to the LIGO detector and the observation of gravitational waves".

The 2017 Nobel Laureates have, with their enthusiasm and determination, each been invaluable to the success of LIGO. Pioneers Rainer Weiss and Kip S. Thorne, together with Barry C. Barish, the scientist and leader who brought the project to completion, ensured that four decades of effort led to gravitational waves finally being observed.

Document URL:
Media use and copyright: