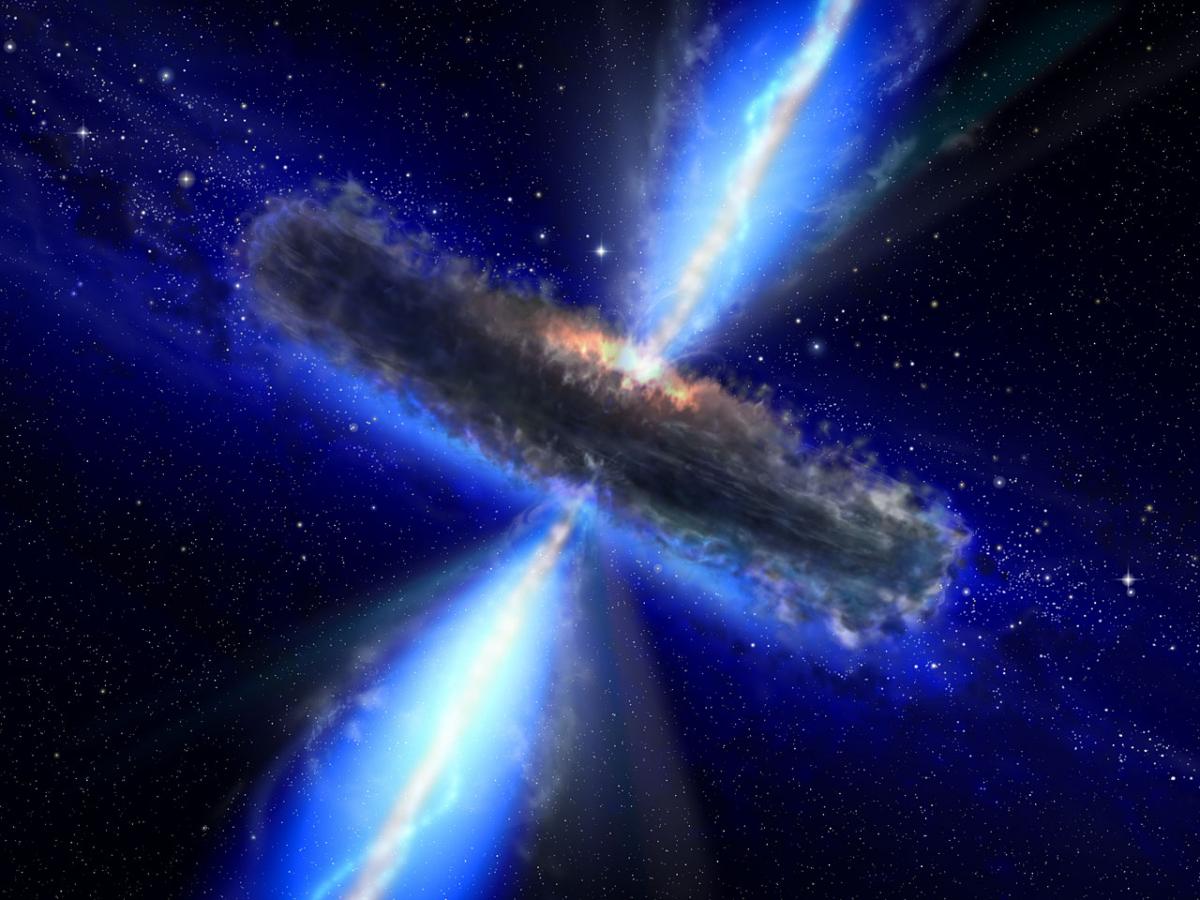 This artist's impression shows the dust torus around a super-massive black hole.

"Black holes lurk at the centres of active galaxies in environments not unlike those found in violent tornadoes on Earth. Just as in a tornado, where debris is often found spinning about the vortex, so in a black hole, a dust torus surrounds its waist. In some cases astronomers can look along the axis of the dust torus from above or from below and have a clear view of the black hole. Technically these objects are then called "type 1 sources". "Type 2 sources" lie with the dust torus edge-on as viewed from Earth so our view of the black hole is totally blocked by the dust over a range of wavelengths from the near-infrared to soft X-rays.

While many dust-obscured low-power black holes (called "Seyfert 2s") were known, until recently few of their high-power counterparts were known. The identification of a population of high-power obscured black holes and the active galaxies surrounding them has been a key goal for astronomers and will lead to greater understanding and a refinement of the cosmological models describing our Universe.

The European AVO science team led by Paolo Padovani from Space Telescope-European Coordinating Facility and the European Southern Observatory in Munich, Germany, has discovered a whole population of the obscured, powerful supermassive black holes. Thirty of these objects were found in the so-called GOODS (Great Observatories Origins Deep Survey) fields. The GOODS survey consists of two areas that include some of the deepest observations from space- and ground-based telescopes, including the NASA/ESA Hubble Space Telescope, and have become the best studied patches in the sky.

In the illustration the jets coming out of the regions nearest the black hole are also seen. The jets emerge from an area close to the black hole where a disk of accreted material rotates (not seen here)."

Please note that other image use conditions apply.