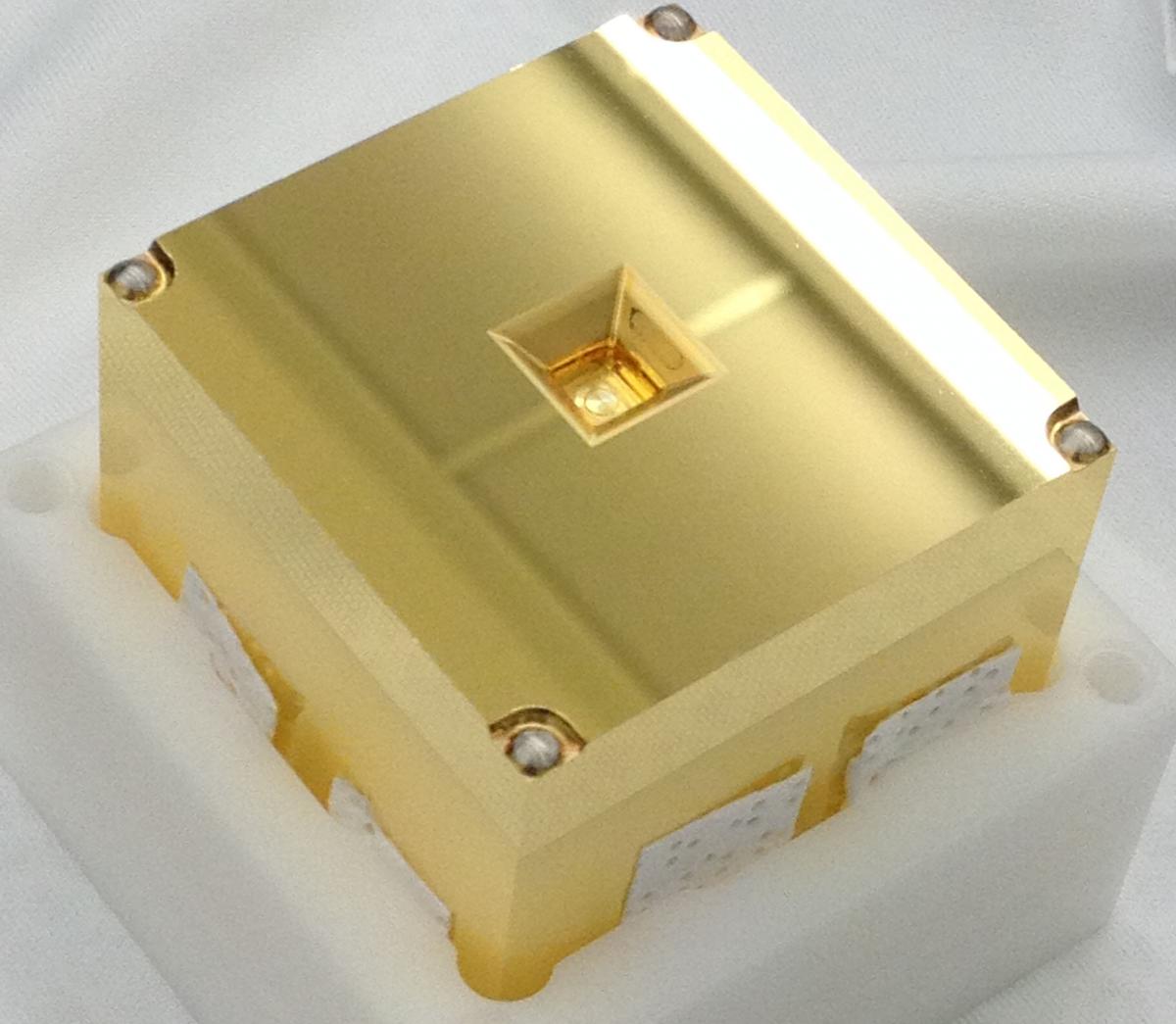 One of LISA Pathfinder's two test masses: the hemispherical protrusions in the four corners are where the launch lock fingers of the caging mechanism hold the test mass, and the inverted pyramid in the centre is where the GPRM grabs the cube.

This photo shows one of LISA Pathfinder's two test masses. Each test mass is a cube of solid gold–platinum alloy, measuring 4.6 cm on a side and weighing almost 1.96 kg.

At the heart of the LISA Pathfinder mission is the LISA Technology Package (LTP) core assembly, consisting of two inertial sensors around independent test masses, and an optical bench between them. LISA Pathfinder will monitor these test masses as they free fall through space, measuring their positions and attitude via a laser interferometer.

Each test mass is surrounded by an ‘electrode housing’, its walls lying several millimetres from the cube on all six sides. During launch, and until the spacecraft reaches its operational orbit at L1, the test masses are held in place by two mechanisms. These are released in sequence so that the test mass floats freely within the housing.

Once the fingers have relinquished control of the test mass, the Grabbing, Positioning and Release Mechanism (GPRM) takes over. The inverted pyramid in the centre is where the GPRM grabs the test mass - there is an identical groove in the opposite face of the cube.

The surface of the test mass is so highly polished that the reflection of the cleanroom ceiling can be seen on its surface.