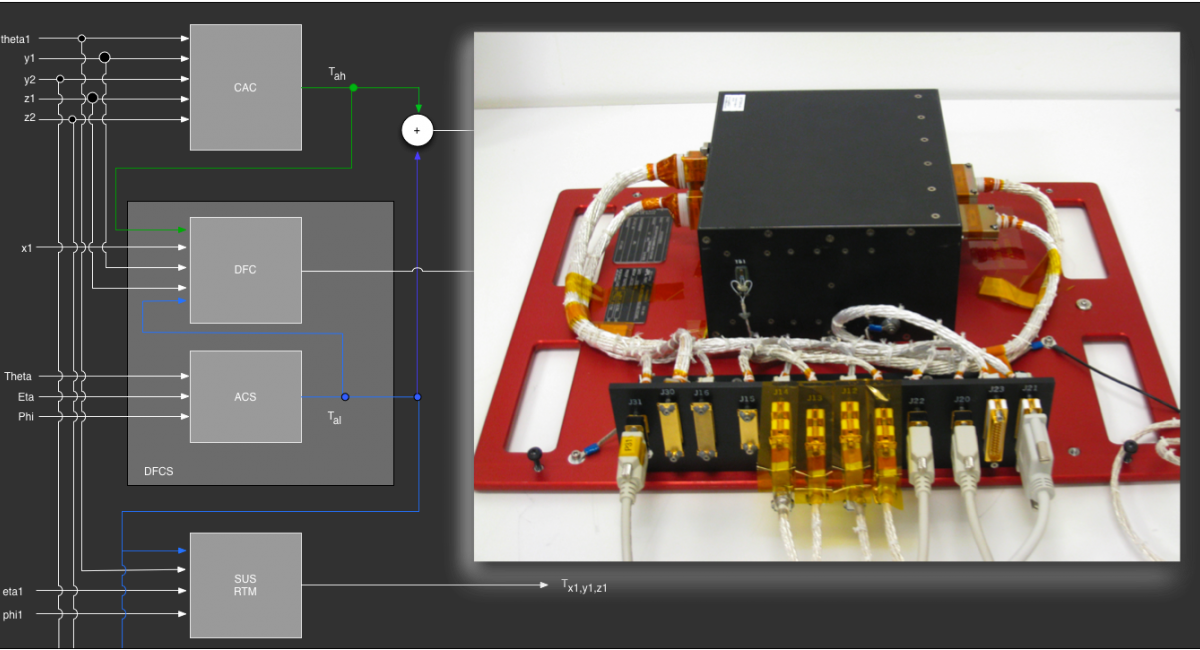 Determining the force commands for controlling 18 degrees of freedom

A key goal of LPF and ST7 is demonstrating that the complete three-body dynamical system of two test masses and a spacecraft can be controlled to maintain stability and noise performance. Under the assumption of rigid-body motion, this leads to a total of 18 degrees of freedom to be controlled. The ST7 Disturbance Reduction System (DRS) takes inputs from the LTP describing the relative position of the test masses and the spacecraft and from the LPF star trackers describing the attitude of the spacecraft. It then computes the appropriate forces and torques to apply to the spacecraft (via the CMNTs) and the test masses (via the LTP). The ST7-DRS control laws were developed at NASA’s Goddard Space Flight Center and implemented for flight at NASA’s Jet Propulsion Laboratory.