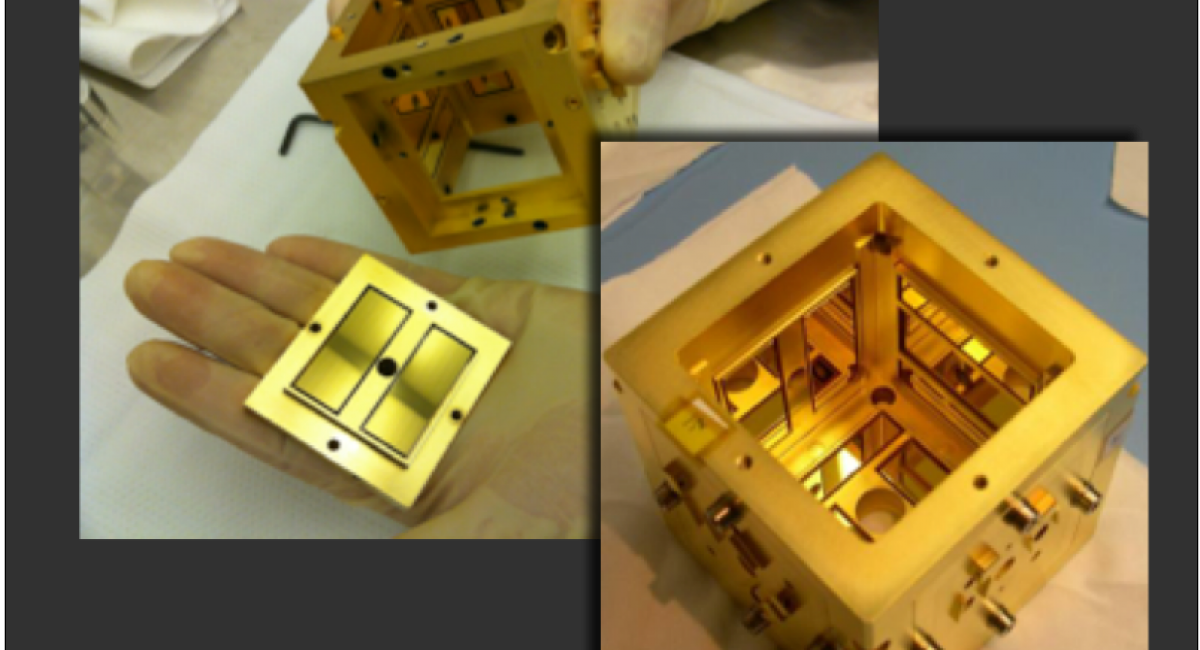 The capacitive sensors must provide a nm-level readout for the TM position on all axes, without introducing stray forces at the femto-Newton level.

The capacitive sensor electrode housing holds 6 pairs of sensing electrodes (in green in the figure), without any mechanical or electrical contact to the TM.  TM motion inside the electrode housing changes the TM – electrode capacitances, changes which are detected by 6 capacitive bridge circuits and then combined to yield the three TM translations and three TM rotation angles.  This detection scheme is allowed by the capacitive injection of an oscillating (100 kHz) voltage on the TM via injection electrodes (in brown in the figure) on the Y and Z axis faces.

The sensor must also provide electrostatic forces for actuating the TM, with up to microNewton forces in the initial TM acquisition and with nanoNewton forces during the science phase.  This is achieved with audio frequency voltages applied to the same sensing electrodes.

The construction of the electrode housing – a high thermal conductivity construction with Molybdenum and Sapphire – is also motivated by the unique stray force constraints for LISA, which require limiting thermal gradients to the tens of microK level.

The electrode housing is supervised by CGS in Italy, while the sensor electronics – the Front End Electronics or FEE – is provided by Oerlikon in Switzerland.