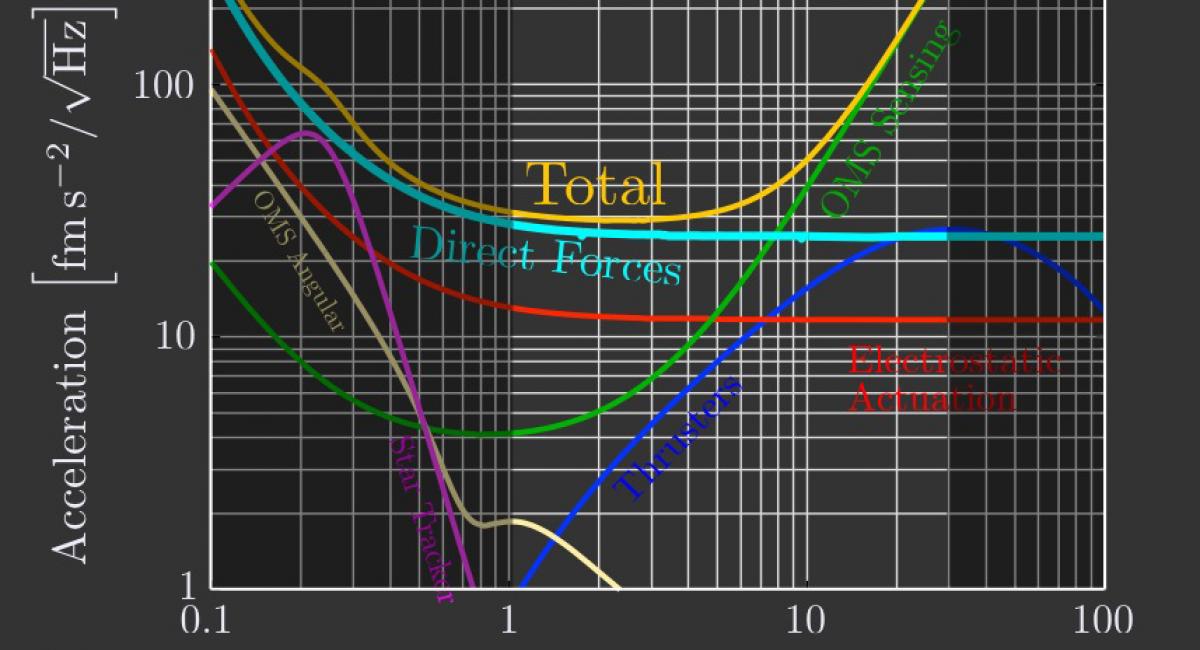 Understanding the forces which disturb the test mass free-fall is the commissioning of the LISA drag-free and gravitational reference systems, mitigating risk and ensuring the best possible sensitivity.

The measured LISA Pathfinder differential acceleration noise level will represent a benchmark upper limit for the LISA acceleration noise budget. We will push beyond this verification, however, working towards the goal of a full physical model of all relevant acceleration noise sources, allowing accurate predictions for the lower frequencies and higher performance that is desired for LISA.

The relevant force noise sources for the LISA Pathfinder test masses range from fundamental to environmental to instrumental, with combinations of all three, including:

In addition to the blind sum of all these effects, LPF will conduct dedicated experimental campaigns to identify most of these effects one by one. For instance, LPF is outfitted to apply electrostatic and magnetic fields, as well as temperature gradients, allowing measurement, subtraction, and even – in the case of stray electrostatic fields – physical compensation of the offending effect. All the relative attitudes between the test masses and spacecraft can be modulated, allowing measurement of the relevant spring and crosstalk couplings.

Special mention should be made for the free-fall mode (described in detail here). This will allow measurement of the LPF acceleration noise in the absence of applied actuation forces along the sensitive x axis, and thus a measurement in the conditions most similar to those of LISA.